The ASLIA Board regretfully has accepted the resignation of Secretary Bernie Chapman (Qld). The Board sincerely appreciates her contribution to ASLIA during her time as Director and more recently as Secretary.

Sheree Murray, ACT Director, has taken up the mantle of Secretary. The Board is very grateful for Sheree’s willingness to work in this critical role.

With Bernie’s departure, there is now a vacant position of Director for Queensland on the ASLIA Board. 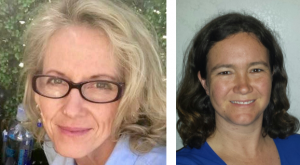