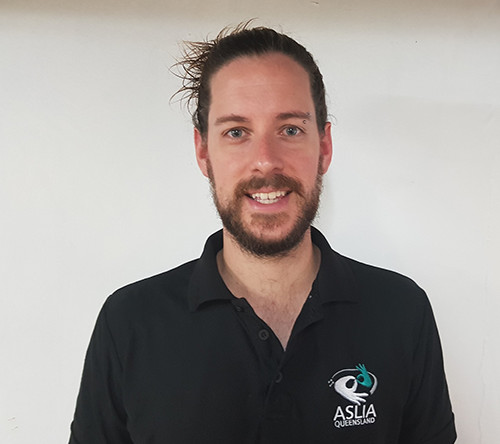 Duke has been a committee member of ASLIA QLD since 2014, Nominated as Secretary in 2016 and nominated as Treasurer in 2017 and 2018 Nominated as President. 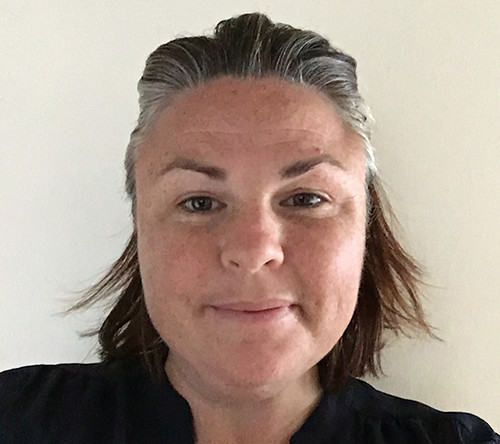 Megan pursued interpreting after nearly 20 years working in environmental science and corporate sustainability, with many of her recent years spent in corporate reporting, project planning and system improvement projects. She is thankful for this experience when faced with interpreting mumbo jumbo and corporate speak. Megan also contributes to volunteer-based committees (ASLIA Qld and her kids’ P&C committees) navigating the worlds of good governance, community consultation, compliance reporting (and more buzz words) – considering what is most important to the people that do the work. 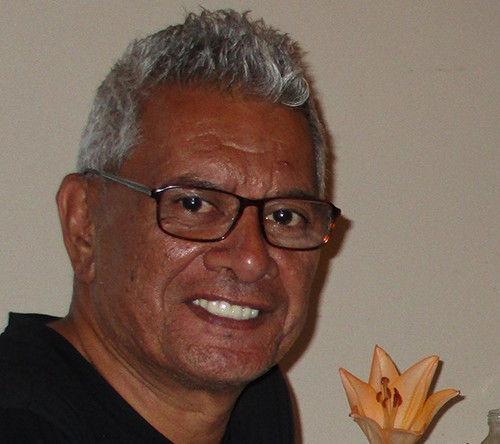 Zane Hema originates from New Zealand, but started his career in London initially supporting Deaf students in Education before going on to train as a sign language interpreter 1996/7 at the City Lit in London.     He then went on to complete a Post Graduate Diploma in BSL/English Interpreting in 2000 at the University of Central Lancashire.

Since 2007 Zane has worked part-time as an Interpreter Teacher, teaching selected modules on both vocational and academic programmes.   His also has experience teaching on overseas programmes (US, Finland, Thailand, Panama) and in countries that do not yet have any formal training programmes (Gambia, Nepal, Singapore, Malaysia, Fiji).  He has given many presentations at a range of conferences and other events

He is the former ASLI National Chair (2001-2005), former efsli Vice President (2002-2010) and former WASLI Secretary (2005-2011).  Zane trained as a Mentor through the ASLI Mentoring Programme and has been an actively mentoring since 2007.   He is now an WASLI Ambassador remains a member of the efsli Committee of Experts and in 2013 joined the ASLIA (Australian Sign Language Interpreter Association) Interpreter Trainer’s Network.

In 2007 ASLI awarded him a FASLI (Fellow of the Association of Sign Language Interpreters) for his outstanding contribution to the Associaiton.  He was awarded Life Membership by efsli in 2010 and Honorary Life Membership by WASLI in 2011.  In 2012 he was awarded Communication Professional of the Year and the prestigious Joseph Maitland award, by Signature (the national body that promotes communication between Deaf and hearing people)

In 2012 Zane moved to live in Australia and in 2016 earned NAATI certification as a Certified Interpreter.   He has been the ASLIAQ Secretary since 2016, continues to work as an interpreter and interpreter trainer and mentor. 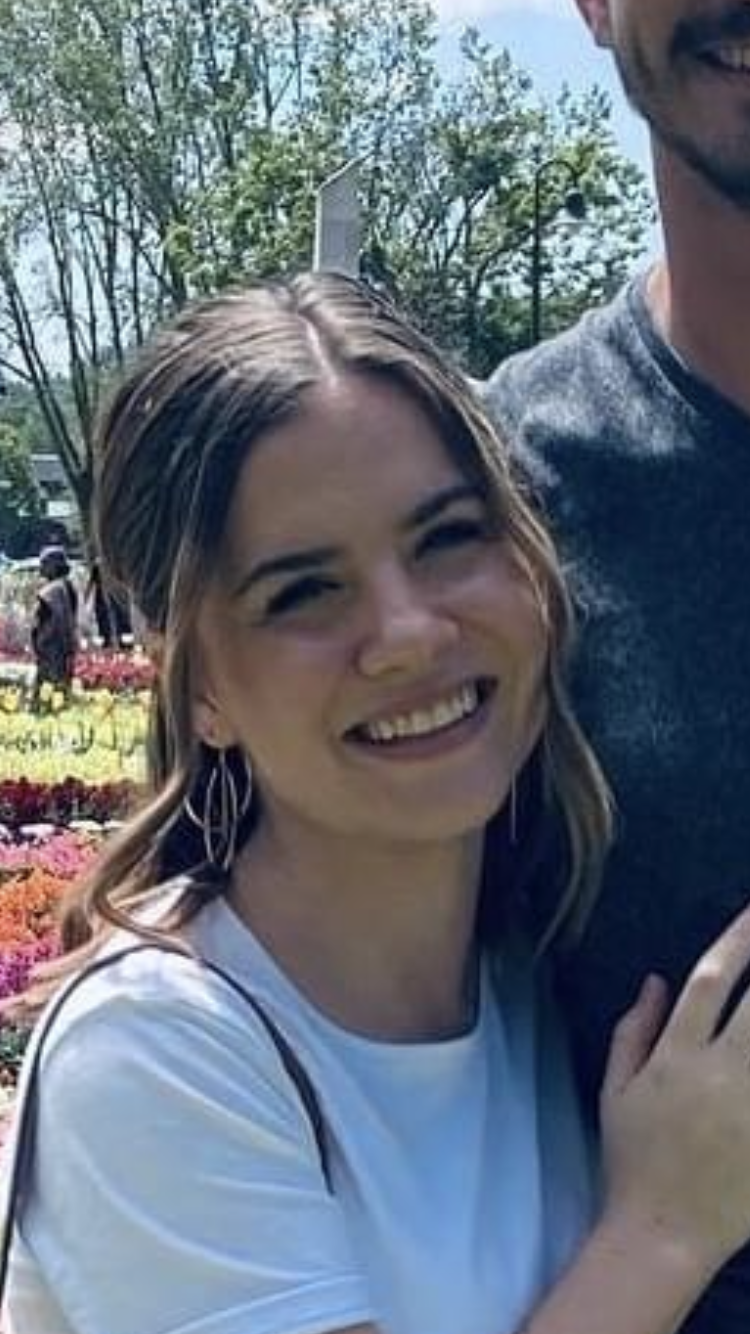 Adele Greedy-Vogel is a Certified Provisional Interpreter and native Auslan user based in Ipswich. She completed the Diploma of Interpreting at Deaf Services Queensland in 2020 and has been working as a Freelance Interpreter in a variety of settings since early 2021.

Adele is currently studying a Bachelor of Arts, majoring in economics and philosophy, and hopes to connect her university studies to real-world skills and knowledge in her new role as ASLIAQ Treasurer. 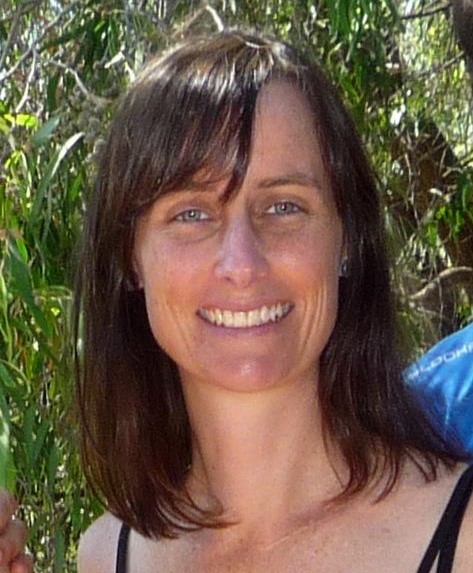 Although Peta began her Auslan journey in 2006, it wasn’t until 2019 that she completed the Diploma of Interpreting through Access Training and Education, going on to gain her Certified Provisional Interpreter credentials in early 2020. She has worked in the disability sector, including time with Deaf communities in Uganda and Kenya, since 2001, and as an Educational Interpreter in both the private and public sectors since 2016. Since gaining her certification, Peta also works in community settings and is the current Chairperson for ASLIA’s Interpreting in Education Settings sub-committee. 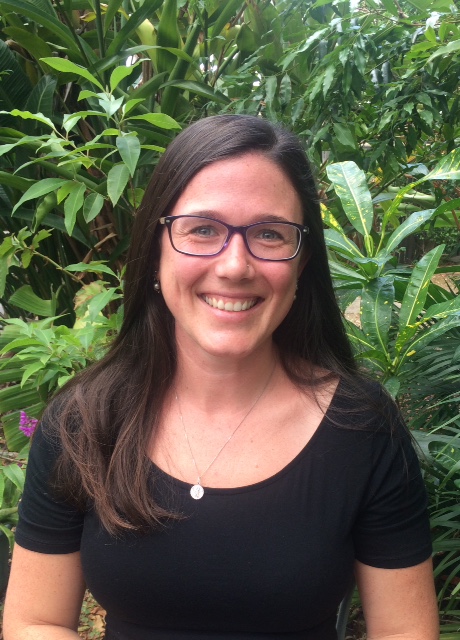 Almost 10 years ago, I started learning Auslan. I took a break to do a PhD in Psychology and after completing that in 2016, I went back to studying Auslan. I completed my Diploma of Interpreting in 2019 and thanks to corona virus, my planned travel was cancelled and I was able to sit the CP NAATI test earlier than I expected #silverlinings.
I have worked mostly in the academic and public health sector as a researcher (I am not a qualified psychologist). I also worked as an Educational Interpreter for a short time. I’ve been involved in the community in various ways over the years and been an Associate Member of ASLIA for a few years now. At the moment I am co-editor of ASLIA’s blog The Debrief. I’m excited to formally join the ASLIAQ committee and see what 2021 brings! 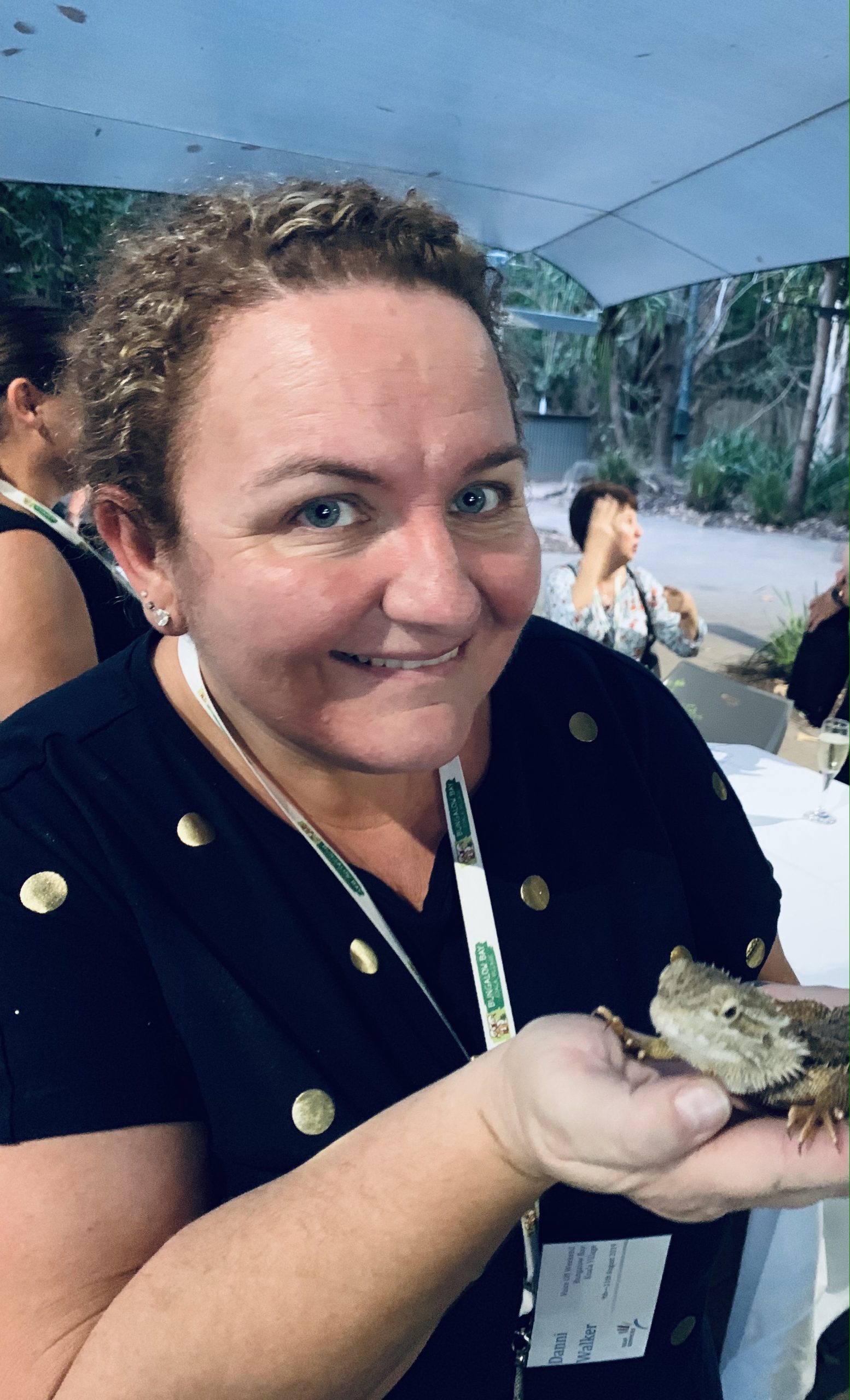 I’m an Auslan teacher over a year under Deaf Service – ATE before that I worked as an ALM in school for long time! I become a DI in 2018 and I was enjoying very much and very challenging.  I have completed the Diploma of Interpreting and Diploma of Auslan. My hobbies is enjoy to learning something new and 4WD on beach and relaxing ☺️
I like to being part of the ASLIA Qld is because I’m deaf and want to see more DI and Deaf to improving the relationship with others and providing more awareness about DI. 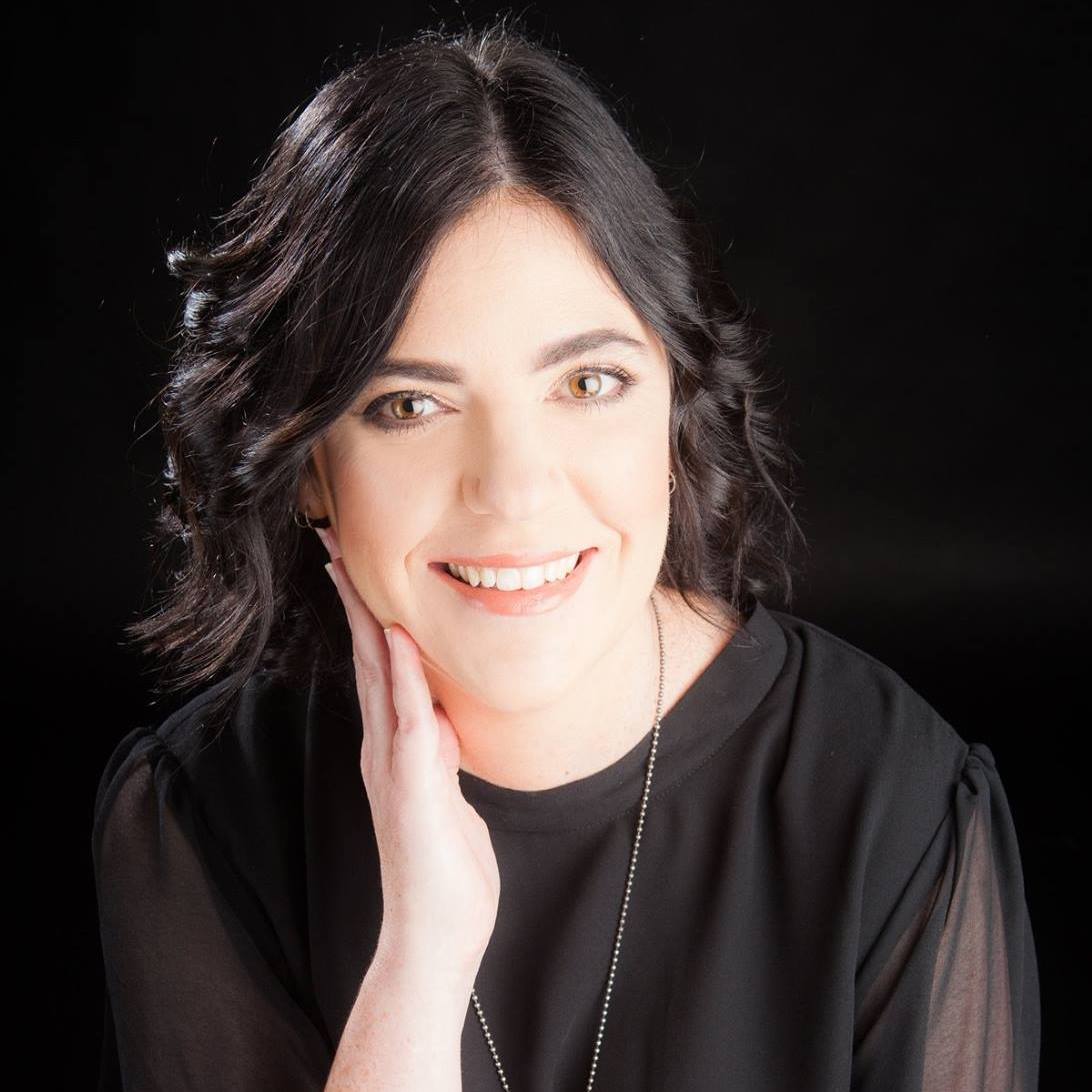 My name is Helen Boddice.  I currently work as an educational interpreter and freelance interpret in between school, university and family.  I have been in education now for about nine years and hope to one day become a teacher.  After completing the Diploma of Interpreting at Deaf Services Queensland I gained my paraprofessional accreditation in late 2018.  This started a massive learning curve as I traversed my way through the vast differences between education and community interpreting.  I am looking forward to supporting ALSIA with their vision and learning new skills along the way. 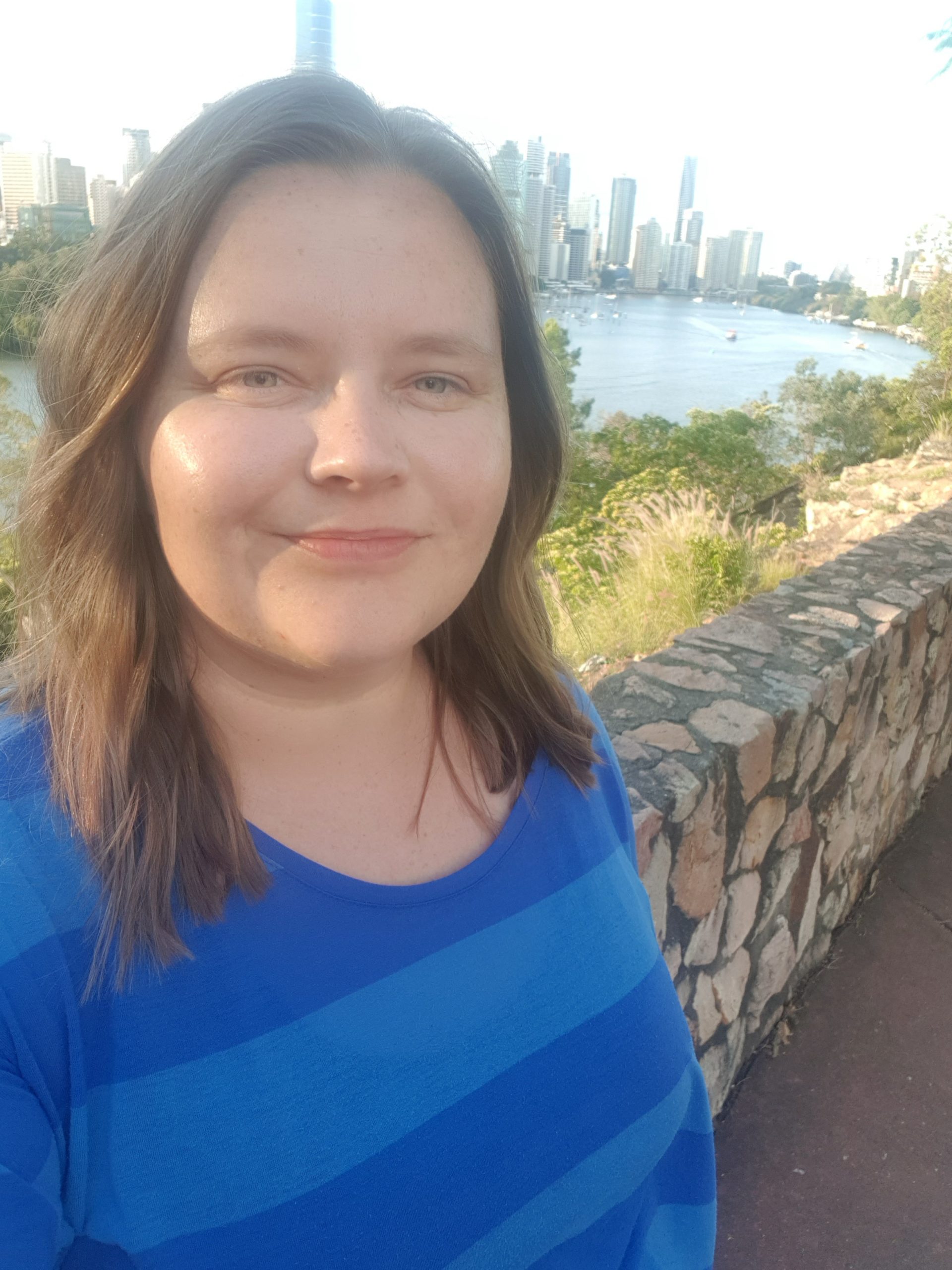 Candace had her first taste of learning Auslan at Newcastle University in NSW but took a few years, a bit of life searching and encouragement to eventually end up completeing the Diploma of Auslan at Melbourne Polytechnic in 2016, going on to complete the Diploma of Interpreting at RMIT and successfully passing the NATTI exam in 2017 before starting her journey as a freelance community interpreter at a CPI level from 2018 to present day. Candace started her interpreting life in Melbourne before making the move to the sunshine state in early 2021. She is looking forward to broadening her experience in the realm of interpreting by being involved in the ASLIAQ committee.